The septum is the partition comprised of cartilage and bone that divides the nose into two passageways. If you feel it is harder to breathe on one side of your nose, you may have a deviated or crooked septum. Patients will often have difficulty breathing through their nose during the day and while they sleep. They may favor sleeping on one side over the other and commonly breathe through their mouth. Nasal sprays will generally not improve nasal breathing difficulty caused by a deviated septum.

What other factors cause Nasal Obstruction?

The turbinates are shelves of bone inside the nose that help humidify and cleanse the air you breathe. Turbinate enlargement or hypertrophy can commonly result from allergies, environmental irritants, genetic factors, and sinus infections. The turbinates are often reduced in size at the same time as a septoplasty or rhinoplasty.

Chronic sinusitis is a condition in which the cavities (sinuses) surrounding the inside of the nose became inflamed. This can be due to allergies, infection, nasal polyps, or a deviated septum. It is a common cause of nasal obstruction and breathing difficulties. Mucus buildup in the sinuses are caused by blockages in the drainage pathways between the turbinates. Many patients respond to medical treatment such as nasal sprays, antibiotics, and steroids to reduce symptoms. When there are structural issues, this often needs to be corrected with endoscopic sinus surgery to open up the sinus drainage pathways. A CT scan is necessary to determine is sinus surgery is needed.

Endoscopic sinus surgery is often formed in conjunction with septoplasty to fix any obstructions. It can also be safely performed with a cosmetic rhinoplasty.

A rhinoplasty involves changing the external appearance of the nose including the bridge, nostrils, and tip. This is most commonly done for cosmetic purposes but in some cases a functional rhinoplasty is performed to improve the breathing. When a septoplasty and rhinoplasty are done together, this is known as a septorhinoplasty. Both the deviated septum is corrected and the outer shape is altered. 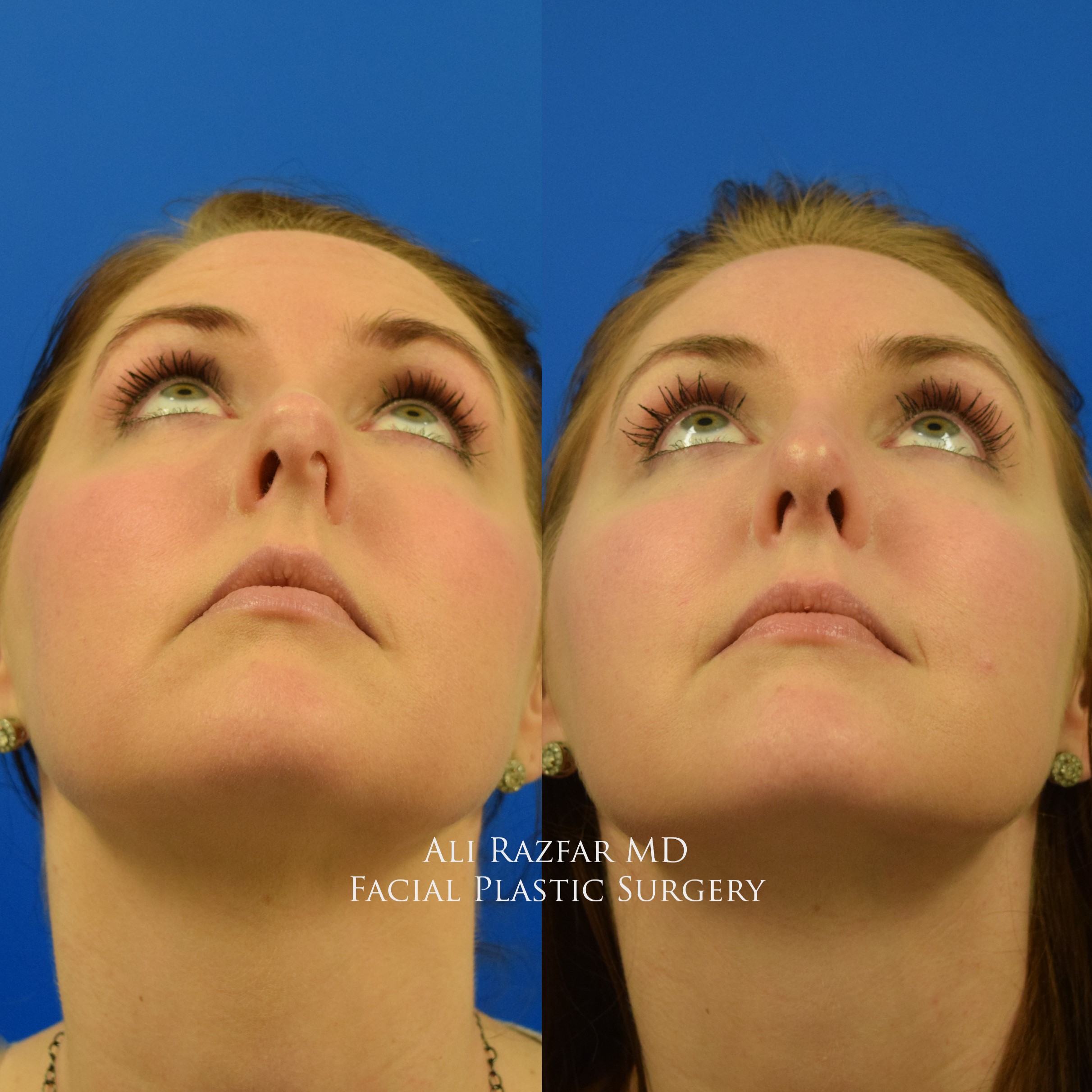 How is a deviated septum fixed?

In general, a procedure called a septoplasty is performed from inside the nose to remove the crooked pieces of cartilage and bone from the septum. In most cases, this will not affect the shape of the nose. In some circumstances depending on the location of the deviation, the nose will be opened with an external incision, called an open septoplasty.

How do I know which procedure is right for me?

Dr. Razfar has extensive experience with functional nasal surgery and can determine which procedures will improve your breathing.

Get in Touch with Us